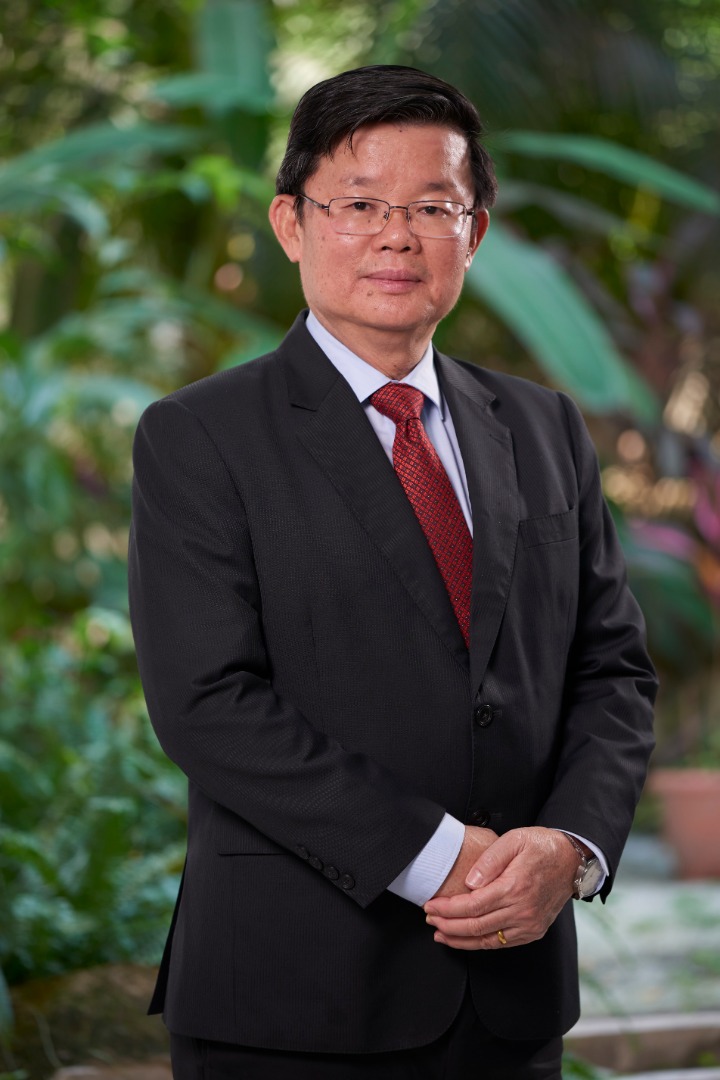 Mr. Chow Kon Yeow is Penang’s fifth Chief Minister. He assumed the State’s top leadership role after Pakatan Harapan’s thumping victory in Malaysia’s 14th General Elections in May 2018. He has also been a Penang State Executive Councilor since 2008.

Born in November 1958, Mr. Chow holds a Bachelor’s degree in Social Sciences (Honours) from the University of Science, Malaysia (USM). He is married to Madam Tan Lean Kee and blessed with two children.

Mr. Chow started out as a journalist before becoming the political secretary of DAP’s former Secretary-General and Member of Parliament for Tanjong, YB Lim Kit Siang from October 1986 to 1990. After winning the Pengkalan Kota state seat in 1990, he became Member of Parliament for Tanjong in 1999. He defended Tanjong for another two terms (2004 and 2008). The 2008 elections, which ushered in the new DAP administration under the then Pakatan Rakyat, also saw him winning the Padang Kota state seat and his appointment as the State Executive Councilor overseeing the Local Government and Traffic Management portfolios.

DAP’s continued triumph in the 2013 elections saw Mr. Chow retaining his Padang Kota constituency. He continued to serve as the State Executive Councilor with Flood Mitigation added to his existing portfolios.

In the historic 14th General Elections, Mr. Chow successfully defended his Padang Kota state seat and won the Tanjong parliamentary seat. He has been the DAP Penang State Chairman since 2000 and DAP National Vice-Chairman since 2004.

In a recent interview after his swearing-in, the fifth Chief Minister of Penang reiterated his administration’s commitment to ensure delivery of three mega projects, namely the Penang Transport Master Plan, flood mitigation and affordable housing. Undaunted by the higher expectations, he takes this as a challenge to serve Penangites and find ways to make this state, a better home for all.

Besides that, Mr. Chow also aims to transform Penang into ‘A Family-Focused Green and Smart State that Inspires the Nation’ with the Penang2030 Vision and this is the current focus of the State Government.